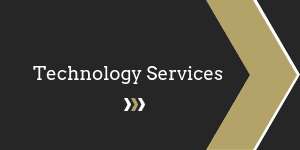 Since beginning their work with the GaMEP, TSI Solutions has:

TSI Solutions was founded in 1978 by John Post, Sr. as a distributor of high-end air tools. Over the next 33 years, the business changed and adapted to new technology and the needs of its customers. In 2010, John Post Sr. retired and sold the company to members of his family that were part of the existing management team, Charlie Post, John Post Jr., and Tim Edmunds. Since that time, the management team has continued to keep the tradition of innovation and adaptation alive. To facilitate their efforts, they have worked with the Georgia Manufacturing Extension Partnership (GaMEP) on a variety of projects from using Lean techniques to eliminate waste in their customer service department to completing a Technology Driven Market Intelligence study for a new product being manufactured by the company for the communications industry.

Charlie Post’s first exposure to Lean manufacturing was when one of TSI Solutions’ customers was trying to get their supply chain to adopt Lean techniques. He found the ideas intriguing and began researching how TSI could start implementing Lean into their operations. He reached out to the GaMEP to get more information and a consultation.

Kelley Hundt, project manager at the GaMEP, was contracted to complete a series of lean projects with the company. Charlie says after their first Kaizen event, “we got it.” He and others within TSI realized that they could use Lean tools throughout their organization and work with the GaMEP to eliminate waste, improve their processes, and grow their business.

After working through Lean exercises in both the assembly and the shipping and receiving departments, they wanted to try putting the Lean tools to work in the office. Charlie presented the idea to Leigh Ivey in the Customer Service Department. The department was losing a lot of time by duplicating efforts and touching documents multiple times before completing their process. Leigh says, “The Lean event with Kelley absolutely turned that around. Kelley suggested we work multiple orders by using a 1 piece flow, which our team thought would never work. When we tried it, to our shock and amazement —it worked! After that we really had buy in and began to own the system of how we do things. Within 24 hours, we saw a huge difference.”

The team worked together to form a triage and central work flow. They added labels and visual controls to their workspace to communicate order status. They began processing orders on the first day they were placed, which eliminated the backup of orders that sometimes caused a 2-3 day delay. They also nearly eliminated errors in processing.

TSI was experiencing so much success with Lean techniques that they decided to join the Georgia Tech Lean Consortium to learn and partner with other lean companies. During one of those meetings, Charlie spoke with Bill Ritsch, North Metro Atlanta Region Manager for the GaMEP, about a new product they were developing called the Waveguide Dehydrator. Bill suggested he attend a series of Lean Customer Discovery workshops that were being offered by the GaMEP, to help him better understand the market for the type of technology they were developing.

Charlie completed the course and was connected with Ed Murphy, Project Manager for the GaMEP, who worked with him to complete a Technology Driven Market Intelligence (TDMI) study that connected him not only with a list of customers in the industry that he was currently selling to, but to another company who used the same technology as a component, who TSI could work with as a supplier. Charlie says, “Ed helped us make connections that we wouldn’t have otherwise made and introduced us to a new scope of opportunities.”

TSI Solutions continues to be an active member of the Georgia Tech Lean Consortium and attends other GaMEP training events such as the Manufacturing Growth Meeting series and the annual Innovation Symposium. Kelley says, “They are a great example of how a company can take Lean techniques and really run with them. They took the tools we taught them and used them to truly move the company forward.”

“The knowledge we have gained from working with the GaMEP is touching everything we do and transforming the way we do business. It feels good to be moving forward with achievable goals and we are very excited to be able to tell our customers about all of our changes and improvements. Being able to network with other companies in the Lean Consortium is a big plus.”