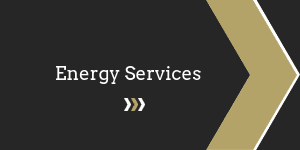 Two years ago, a third generation, contract manufacturer out of Columbus, Georgia was experiencing a decline of both employment and sales due to import competition. The company, Oneda Corporation, a contract metal stamping manufacturer serving the automobile industry creates customized and specialized metal brackets and enclosures to house electrical components that are then shipped off to first tier suppliers, assembled, and sent to OEMs for installation into the vehicle.

As the only American-made manufacturer to produce particular complex stamped parts, Oneda’s lead time was significantly shorter than their overseas competitors, yet due to labor costs in these other countries, Oneda’s quality and quick turnaround was getting overshadowed by the lower price points.

Michael Brooks, manager of marketing, customer service, and logistics, said, “We are in a niche market and there’s not another company out there that stamps with the same quality we do, so we knew we had to find another way to differentiate ourselves.”

Around this same time, Brooks was attending a large conference in Atlanta and stopped by a few exhibitor booths to understand what resources were available to him. That’s when he happened upon Georgia Tech’s Southeastern Trade Adjustment Assistance Center (SETAAC) booth, where he spoke with the director of the program.  Brooks said, “It was a good conversation, so I took a brochure and when I got back to the office I started to review it further. Upon seeing what they do, I knew this would be the right solution for our company”.

Brooks continued, “We were in the process of bidding out a new project that would allow us to be the sole provider of a standard feature tow bracket for several models of a larger consumer truck. This tow bracket would hold the electronics and become a connection point for the brakes and lights between the truck and trailer system.” Oneda knew this high volume contract could be a game changer, but it would require an automated welding process that they didn’t currently have onsite.

After discussing it further with his team, Brooks placed a call to project manager, Maria Hill at SETAAC, a federally funded program, housed out of Georgia Tech that is supported by the U.S. Department of Commerce’s Economic Development Administration, to provide matching assistance funds to firms experiencing declines due to import competition.

Through multiple phone calls and a site visit by Hill to Oneda, the team submitted an application to receive funding. Brooks said, “It was a true partnership between us and SETAAC. Maria understood what we were looking to do, provided support, and helped us strengthen our petition.”

In early 2019, they got the call that their request had been approved and that subsequently they had won the contract with the OEM to create this specific part.

The team quickly got to work and started tapping into the SETAAC funds. First up was research and development – they received assistance with the design of this automated welding equipment that was unique to the application in which they were utilizing it for. In addition, they designed it so that in the future the equipment could be modified and used for a different bracket design. They then used funding for the installation of the machinery, as well as onsite training.

The team created two different cells, each with an automated welding machine, that had the same function. They hired one operator, whom they trained to load one cell while the other cell was in process and then would switch to load the other cell while the first one cycled through. As part of this manufacturing process, they stamp, weld, have parts painted and then assemble them before shipping off the finished piece to the first tier supplier and OEM. Oneda used the funding to create a full assembly operation for a three-year contract with a potential extension, that is producing approximately 30,000 pieces a month and has created 11 jobs for the company.

Brooks said, “we would have never received this contract if we bid this project as a manual process. It had to be advanced manufacturing and the SETAAC program and funding allowed us to take what we were envisioning and make it a reality.”

Outside of their new welding operation, Oneda used the funding to tap into marketing resources and additional training, helping die shop team members gain advanced programming skills to create a communication flow between the facilities CAD machines and the die shop machines.

“Besides being exposed to the funding opportunities, our relationship with SETAAC has opened the door for us to access additional resources that Georgia Tech provides to manufacturers in the state,” Brooks said. Hill introduced the company to Derek Woodham, West Georgia region manager with the Georgia Manufacturing Extension Partnership (GaMEP), where they received a machine shop assessment, providing insight into both process improvement and business growth opportunities, as well as just completing an energy assessment that will provide them with action items to save on energy costs. Through the GaMEP they were also introduced to another Georgia Tech program, the Procurement Assistance Center (GTPAC), who helped them register their company with the state as a potential contractor.

Brooks said, “through this initial connection and the relationship we’ve formed with Georgia Tech, we’ve been able to understand the resources available to us, how we are able to take advantage of it as a small manufacturer, and have seen the benefits firsthand. Our experience has been fantastic and we’ve been able to improve as a manufacturer and create jobs, which is exactly what these programs are set-up to do.”