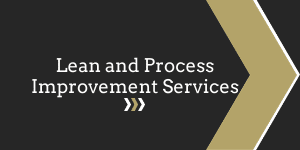 When Derek Woodham, West Georgia region manager for the Georgia Manufacturing Extension Partnership (GaMEP) at Georgia Tech, stepped into the West Point, Georgia facility of Interface, the world’s largest carpet tile manufacturer, for the first time in a couple of years, he was stunned. Woodham said, “the transformation was unbelievable. It was the best I’d ever seen.”

Although it had been a few years since he was in the plant, Woodham and multiple other GaMEP team members spent five years in and out the facility teaching the managers continuous improvement best practices utilizing lean principles and tools. He said, “We had buy-in from the top and that made a huge difference in getting everyone across the company on board with learning how lean could be implemented successfully into a manufacturing plant.”

As part of the lean training, the team members learned how to think differently, work together to develop ideas utilizing cross-functional teams, and look for opportunities to improve their manufacturing processes.

One of those trained was Darrell Hogan, director of operations. Hogan said, “at the time Derek came into Interface to conduct training, I had recently taken on the job of plant manager. We had grown so big so fast that we had piecemealed our manufacturing together and needed a way to drastically improve our process flow.”

In 2013, Hogan was asked to lead the development of a new Interface tufting facility at the LaGrange campus. He took this task as an opportunity to utilize the blank canvas of a new plant and started implementing all he had learned through the training. With a small team, he asked an important question, “if you could do things differently, what would you do?” Through these conversations, he and his team created a mini-plant within their larger plant as a test bed. Hogan said, “At the West Point facility we had a batch process flow and we decided to test cellular production at the LaGrange plant to see if having mini-plants within the larger facility would optimize our processes.” Through several iterations and changes to the process flow and design, the team created a very efficient facility, which has been sustained through a self-directed and engaged team.

He discovered that within their plant cellular manufacturing versus batch manufacturing would make their process more efficient. Hogan said, “as a test we changed our process from moving raw materials down the production line to small complete operations, allowing us to produce more product with higher accuracy rates in less time.

So in 2015, when Hogan was reassigned back to the West Point facility, he pitched the idea of cellular design, utilizing his successes at the LaGrange plant, to the management team. Hogan said, “before I ever began, I communicated every modification to each person in the facility and started gathering champions for the change.”

Hogan and his team started designing the layout and created six different small cells that were more independently driven within the plant. It took more than a year and half to move every piece of equipment to match up with the new flow. By making these improvements, Interface:

Woodham said, “to correctly implement lean transformation, it can take years. Interface utilized the Plan Do Check Act cycle numerous times – pushing forward and learning, testing their ideas on a small scale until they discovered what worked for them before rolling it out throughout the plant.”

Hogan said, “Three things really contributed to the success of this: GaMEP trained our team to think differently, early and often communication with the entire manufacturing team,  and throughout this whole process no one ever told me no. Our upper management always encouraged us to try things to see if they worked.” He continued, “One of the key principles at Interface is to ‘design a better way’, whether it’s product or process, we are always encouraging curiosity, exploration, learning and innovation.”