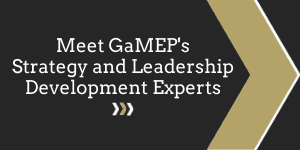 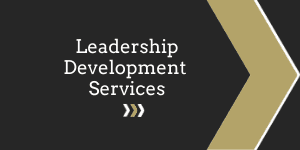 As a result of working with the GaMEP, ITS has:

In 1981, Spencer Tyson founded Industrial Technical Services (ITS) in Savannah, Georgia. Thirteen years later, what started off as a six-person company, merged with other entities to become what it is today – a 140-person full-service industrial contractor serving the industrial, pulp/paper, chemical, and manufacturing industry throughout the Southeast.

Serving their clients in a unique style, where the employees of ITS are essentially embedded in the multiple companies they serve, overtime had created a breakdown in communication across teams and siloes within the organization. Knowing that they needed to improve communications across the company, Tyson and Kay Fish, director of talent acquisition at ITS, began exploring leadership development training courses.

The team interviewed a few different organizations, but what they found were either out of the box solutions or training that was good for the front office, but couldn’t be transferred to people out in the field. Tyson said, “many of our managers came from the construction industry and it was important to soften their approach, creating a style of leading by example, so that we could build a better team across the organization.”

Through a local economic development group, Tyson and Fish were introduced to Ben Cheeks, Coastal region manager, and Mike Stonecipher, group manager for strategy and leadership development, for the Georgia Manufacturing Extension Partnership (GaMEP) at Georgia Tech. During the conversation, a few of the supervisors in the meeting were skeptical that the approach Cheeks and Stonecipher were pitching was going to work with the field staff. Stonecipher asked the question and made a simple statement, that a year later is still talked about, “They’re people, right? Then it will work.”

Fish said, “By the end of the meeting, we were sold on the GaMEP team. We knew the team would take it seriously based on how real Mike and Ben were, on their knowledge of manufacturing, being part of Georgia Tech, and having a structured approach tailored towards those that work in manufacturing.”

Stonecipher put together an eight course program, where he’d meet with the ITS team, off-site at the Georgia Tech Savannah campus, every four weeks to teach a class.  He said, “We started with the foundation of communication and built the courses from there – covering everything from building a sustaining trust to developing yourself and others. Each course had individual homework assignments which we would then review at the start of the next training. By running these sessions every three weeks, it gave the ITS team time to implement what they had learned but not lose momentum.”

As part of the process, the team learned to utilize a discussion planner tool, focusing on five key principles – esteem, support, involvement, sharing, and empathy – to formulate exchanges, creating points they could think through before going into important conversations. This tool allowed them to not just think of the practical side, but to bring the personal side of the conversation to the forefront. Tyson said, “this tool and these courses have given our leaders a framework and process to have discussions with their teams, boosting their confidence and driving change within the organization.”

ITS is now implementing this same approach into their “Career Conversations” and improving their performance appraisal process.

Stonecipher said, “What the team accomplished was remarkable. They went from competing for talent to talent coming to them.” Fish agreed, “This has changed the way we work. We have become the “employer of choice” because of how we treat our people – by involving them, listening to them, and empowering them.”

“It’s been hard, but in a good way. It’s made us standardize our approach, plan our conversations, involve our team, and become each other’s accountability partners and coaches. It’s changed our culture.”